Hello everyone, I hope you all are doing great. I have been emotionally low recently, but I’m starting to feel better now. Last week I started reading a manhwa called Remarried Empress, and I feel like exploding from anger.

This manhwa is based on an ongoing Korean web novel of the same name written by Alpha Tart.

Summary: Navier was the perfect Empress; however, the Emperor wanted a wife, not a colleague. So, he neglected her and placed a slave girl beside him. That was fine until Navier heard the Emperor promise the slave girl the Empress position. After many ups and downs, Navier decides to accept a divorce from the Emperor on the condition that she would be allowed to remarry.

I kept on seeing this manwha everywhere on Instagram, so I decided to check it out. Now the character I am about to rant on is the black-haired guy in the left image above. This is going to be like a first impression of the manhwa, but I’ve also started the novel with this link 👉🏼 WORDEXCERPT – Remarried Empress Novel. You can read chapter 1 – 173 on that site. If you want to know where I read the manhwa, contact me through email.

Now there might be a few spoilers from here on, so read at your own discretion.

Basically, in this story, there’s the Eastern Kingdom and the Western Kingdom. Navier was trained from a young age to be the Empress of the Eastern Kingdom. Also, she and her husband, Emperor Sovieshu, are childhood friends, but suddenly he brings home a slave girl called Rashta. He then instructs Navier’s ladies-in-waiting to cater to Rashta. Mind you, these women are all concubines or wives of high ranking noble families allowed to serve only the Empress. This was the number one red flag that made me realize that Sovieshu was out to disrespect Navier’s position as Empress.

On the other hand, we have Rashta, who enjoys using her innocent looks to play the victim and manipulate others around her. She is super annoying, and Sovieshu always falls for her ‘crocodile tears.’😒😒😒

Personally, I feel that Emperor Sovieshu is someone who needs an ego boost regularly. Since our dear Navier isn’t the most expressive or submissive type, he requires an egg, which is Rashta, to make him feel in control. He expects Navier to be happy whenever he gifts her precious jewelry. The lady in question here is clearly from an affluent household. Hence buying her jewelry will not necessarily make her excited. Also, from the montage in chapter one, I can tell that Navier was trained to be practical and logical. So if Sovienshu wants her to show more emotions, shouldn’t he have tried to spend more personal time with her? Maybe start with casual conversations because true affection can’t be bought with expensive jewelry.

Now, I know this is just a story, but because these characters affect my emotions after every read, I AM HENCEFORTH TAKING IT PERSONAL. I have my bet on Sovieshu regretting his decision to divorce Navier. And by that time, Empress Navier will have herself a new and better man in Heinley, Emperor of the Western Kingdom. I won’t go into detail on how Navier and Heinley met because that would spoil the one beautiful part of this story. So if you haven’t started Remarried Empress, go check it out now because these two have chemistry😍. Also, read the novel to go further in the story. 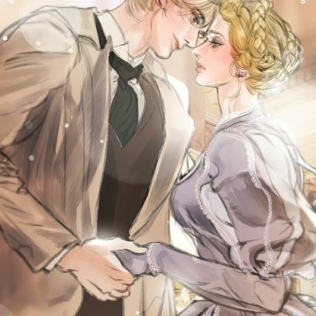 I have a strong feeling that Sovieshu and Navier actually have some underlying feelings for each other. However, due to Emperor Sovieshu’s way of handling things, he will lose his wife. SO PLEASE PERMIT ME TO LAUGH AHEAD OF TIME.😂😂😂😂😂😂😂

That’s all I have for this post guys, I’m stopping here to avoid giving too many spoilers. Feel free to let me know your thoughts on Remarried Empress if you’re reading it.

It’s been so long since I did something manga/webtoon focused on this blog, so maybe I’ll start doing more of these first impressions. Please continue to stay safe, everyone.💕💕💕