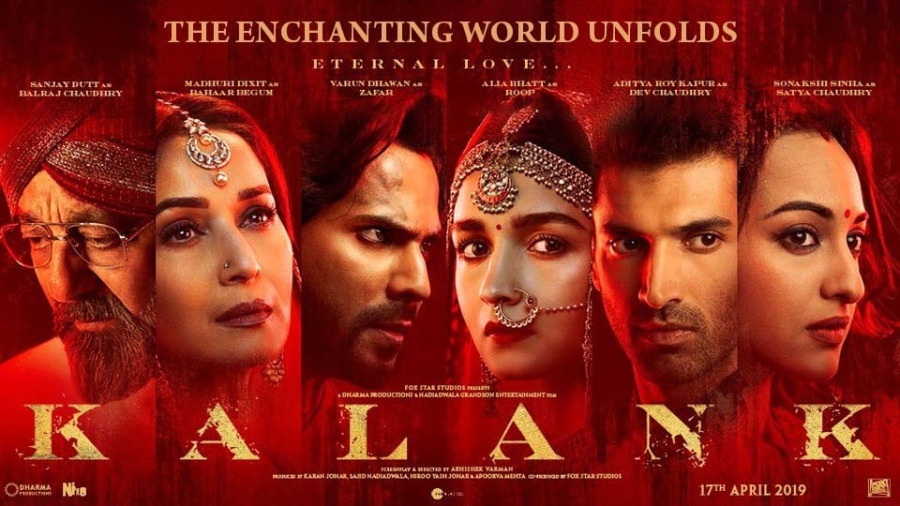 The chosen song for this week is Kalank by Arijit Singh. It is the title track for the 2019 Indian Hindi-language period film, Kalank. The main stars of the film are Madhuri Dixit, Sonakshi Sinha, Alia Bhatt, Varun Dhawan, Aditya Roy Kapur and Sanjay Dutt.

I have not seen the movie yet, but I have listened to the entire soundtrack. Every song for the film is impressive, but the title track by Arijit is too beautiful to describe with words. Arijit Singh has one of the most enchanting voices I have ever heard. Every song from him just blows my mind. Recently, whenever I feel like listening to Indian film songs, “Kalank” is always my first pick. And my continuous replay of the song is quite unhealthy😂😂😂. In my head, I am just like this girl better listen to something else right now, is this the only song you know?😂😂😂

My favourite part of the song starts from the 3:47-minute mark of the video I inserted on this post. The continuous singing of “Main tera, main tera” till the end of the song is what makes me replay it. I cannot just listen to it once and be satisfied, I need to take it in a few more times before I let go. It is such an emotional and divine piece.

I know that it might seem odd to some that I am featuring an Indian song, but just to clarify, I intended to include Indian films and songs from the beginning. I started watching Indian movies way before I even knew about Korean dramas or Kpop, so it definitely has to be included on my blog. I hope that everyone can take some time and listen to this song because you will come to love it.