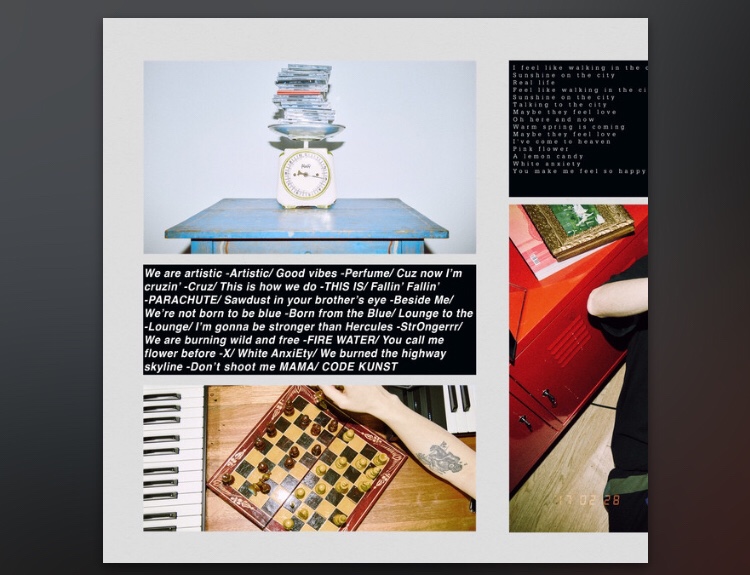 Artist Info: Code Kunst is a South Korean composer and music producer signed under AOMG. His music fits within the Hip-hop, Rap, and Rnb genre. So far, he has released three studio albums and has two songs that feature Lee Hi. The one I am reviewing today is titled “X,” and the other song which was released just recently this year is titled “XI” (they both seem to enjoy playing with roman numerals).

X by Code Knust(featuring Lee Hi) is a track from his third studio album Muggle Mansion which was released in 2017. It tells the story of a lady who is fed up with her boyfriend’s lifestyle and all his broken promises. She is sure that it is time to move on and be with someone else but still finds herself attached to the relationship. Her boyfriend later realizes his mistakes and tries to apologize, but it might be too late.

Review: Lee Hi is one of my favourite soloists, so when I see her name on anything, I know that there is a high chance of me loving it. She really has a beautiful soulful voice, and over the years she has grown as an artist. I just wish that she was given a chance to release more music. Anyways she really did great on this track. I enjoyed the subtle changes in her vocal tone during certain parts of the song.

I really love the beginning of the song, it is quite trance-like. No hard beat was introduced at the very beginning, so we get to enjoy Lee Hi’s voice for a full minute, and then we get a super groovy beat throughout the rest of the song. I also enjoyed the pre-chorus section and the background notes by Lee Hi during the chorus. Music-wise, I believe that this song is a well-produced piece, so a big thumbs up to Code Kunst.

The only thing that threw me off a little bit was the structure of the English lyrics. I am not too sure if it was a style Code Kunst was going for, but most of the English words to me did not seem adequately structured. It all just felt like random phrases, so the connection between sentences was off. Now I read a comment under a lyric video for this song that said they were using African-American Vernacular. I could still understand the lyrics, but I always felt off.

Other than that, It was a well-produced song, with a fantastic melody and Lee Hi mesmerized me with her vocals as usual. So I will recommend you guys to give it a listen. Unfortunately, I cannot provide a link this time around because there is no official music video for this song. So try searching for an audio version on Youtube, Spotify or Apple music. Hopefully, you enjoy it.