As promised, here is the review for the Taiwanese drama series, MEMORY LOVE.

Memory Love tells the story of Qiao Jia En (our female lead) and her boyfriend, Wang Xiu Kai’s return to Taiwan to reunite with her estranged wealthy father after her mom’s death. Unfortunately, they both get involved in a car accident, which causes Jia En to lose her memory, and her boyfriend is declared brain dead. On the other side, we have pastry chef Xing Shao Tian (our male lead), who collapses during a bakery banquet and requires an immediate heart transplant. Of course, he ends up receiving Xiu Kai’s heart. Now Jia En’s best friend, Zhoa Ai li takes advantage of the current memory loss situation and poses as Jia En.

The elements of this drama include amnesia, switched and stolen identity and fictional organ cellular memory transfer. Honestly, this is a drama that you will either love or hate. I say this because the story is nothing new, but it will all depend on how the execution of the plot comes off to you as the viewer. From the start of the drama, I enjoyed the way the characters were introduced at fast speed. This means that whatever back story to be told was placed throughout the upcoming episodes, so we got straight to the actual plot. Overall the drama was light and straightforward, so it made an easy watch, apart from some unrealistic developments. For example, I cannot seem to understand how Zhao Ai li was able to get away with the switching of identities. It is the 21st century, DNA tests do exist. If I was the father and someone comes up claiming to be my daughter, I will definitely ask for concrete proof and not just some keepsake. But no worries, I decided to accept the drama world logic and let that slide. Also, I am no medical student, but the way the transfer of cellular organ memory was portrayed in this drama was a bit over the top but once again ‘drama logic.’ This series also showcased some super cringy scenes. Now I have admitted my love for cheesy romance, but when it gets to that cringe level, I cannot help but feel embarrassed for the characters. I was able to cope with the cringe because the chemistry between the leads was electrifying.

The interactions between them felt fresh and real. They were both supportive and loving to each other. Kudos to Mandy Wei and Andy Chen for creating such sizzling chemistry. Because most onscreen couples can sometimes feel heavily scripted, and that makes the pair really unbelievable for the viewers. There were a few moments when I wished the male lead was not written to be mean at the beginning. I would love to see more dramas where the male lead is actually a nice person from the start. Because I find it hard to believe that any lady would easily fall in love with someone who has been continuously harsh to her. All the same, their chemistry was legit, so it helped.

I also loved the bromance that came later on between the first and second male leads. They are also stepbrothers and love rivals (honestly, my head hurts from such a complicated relationship). It was fun to watch their bickering, and the little moments of them getting along was cute. 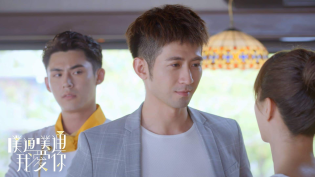 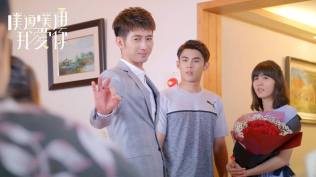 I did not really care for the side characters or their stories because I felt that they were not as well developed as the main characters. I think the writer decided to add them in for comedic effect. Also, I noticed that a few random characters were thrown in at odd points of the story to push the relationship between the leads to the next level. I do not entirely hate the idea, but it was not properly planned, so these characters always felt out of place. Now one person that really annoyed me down to the last episode was our female lead’s best friend. The writer thought the audience could be persuaded later on to feel some pity for this character by making Jia En forgive her so easily. After all the pretending, stealing and lying for so long, it came off quite unrealistic. I mean, yes, she has to forgive at some point but not that fast. I must say I WAS SHOCKED because I felt it did not allow for the friend to learn her lesson as well deserved. Let me be real, the friend and her super annoying fiance had been crossed on my list, there was no going back. Apart from these two characters, I absolutely adored every other character in the drama, whether random or not.

Now we have a pastry chef as our lead, so there were some baking skills showcased throughout the show. I enjoyed how the drama incorporated the stories behind the creation of these pastries and connected them to the emotions felt by the characters. This made the show more interesting. Another reason why I loved this drama was due to the original soundtracks used. I already did a review for the opening track. If you have not read that already, use this link (Opening song review) and check it out. Most of the other songs from the drama came from the album Bii Your Light by Taiwanese singer Bii. My favourite song titled “You’re Gone” was actually the closing track. If you would like to have a listen, here is the video –

Lastly, let’s discuss the execution of the plot. Like I said earlier, the plot is nothing new in the drama world, but I still gave the drama a chance. It definitely had the potential to gain a 10/10 rating, but it fell to the ongoing problem of many Taiwanese dramas. I honestly cannot tell if the writer got too relaxed towards the end or if the number of episodes should have been cut short. Recent Taiwanese dramas tend to be draggy towards the end. By draggy, I mean, there was a point when I felt that the last episode had already been aired because the events from then on felt like fillers. This could have been avoided if the drama had ended sooner. Memory Love had so much potential, but I have to admit that the episodes towards the end felt like compulsory fillers required to reach the already announced number. Overall it was still a relaxing drama to watch. The main couple was sweet and amazing together, so I will give it a 7.5/10. Will I be watching it again? Yes, but not every single episode, maybe I might go back to watch my favourite moments. Also, I will be following future projects from both leads because they were the rock that held my interest throughout the show.

If you would like to watch this drama for the sweet moments between the main couple, that is great. It is available on Viki (Asian drama/movie streaming site), just use the link below.